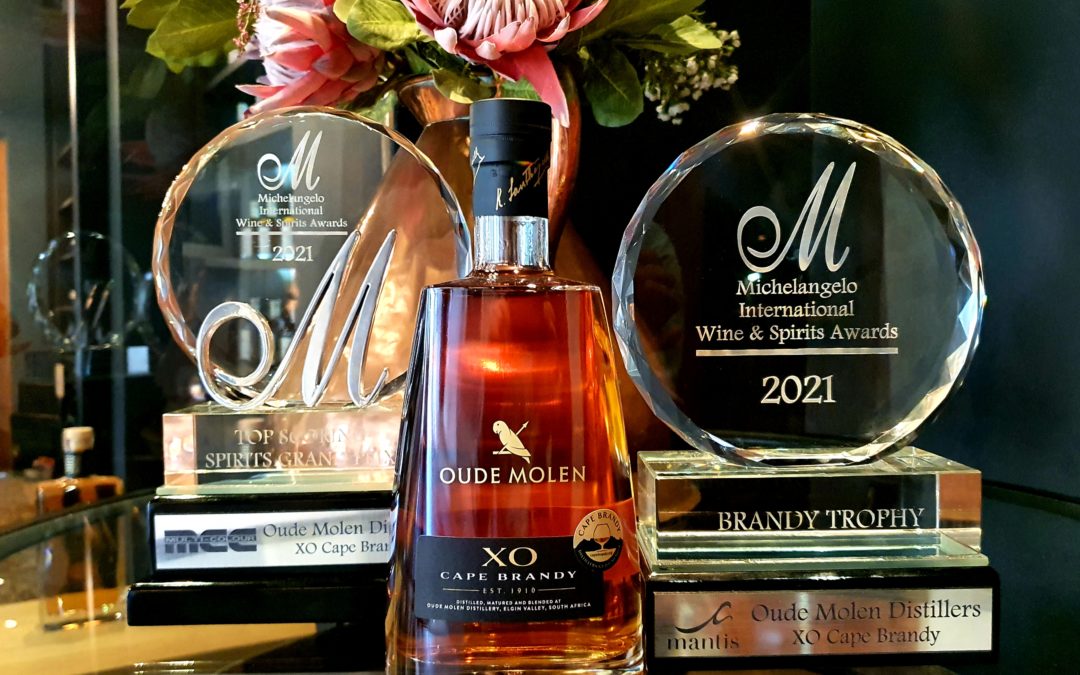 The other two brandies in the Oude Molen range, the VS and VSOP, both received gold medals.

“Having the entire Oude Molen range recognised in this manner vindicates our unwavering commitment to distilling only the very finest wines for our Cape Brandies,” says Danie Pretorius, Oude Molen’s commercial manager. “In many ways, Oude Molen is the custodian of the strict standards for Cape Brandy, which were first introduced in 1910 by our founder, René Santhagens. It is something we take very seriously.”

An XO Cape Brandy must be matured for at least a decade in oak barrels. The requirement for a VSOP is four years, with a VS having to spend at least three years in the barrel.

All three Oude Molen variants qualify to use the Cape Brandy descriptor, which is available only to pure pot-distilled brandies which are distilled and matured in the Cape provinces of South Africa. The descriptor recently obtained legal protection in the Liquor Products Act.

The Oude Molen Distillery is situated in the village of Grabouw and welcomes guests for tastings and distillery tours by appointment. Call 021 859 2517 or email visit@oudemolen.co.za for reservations.