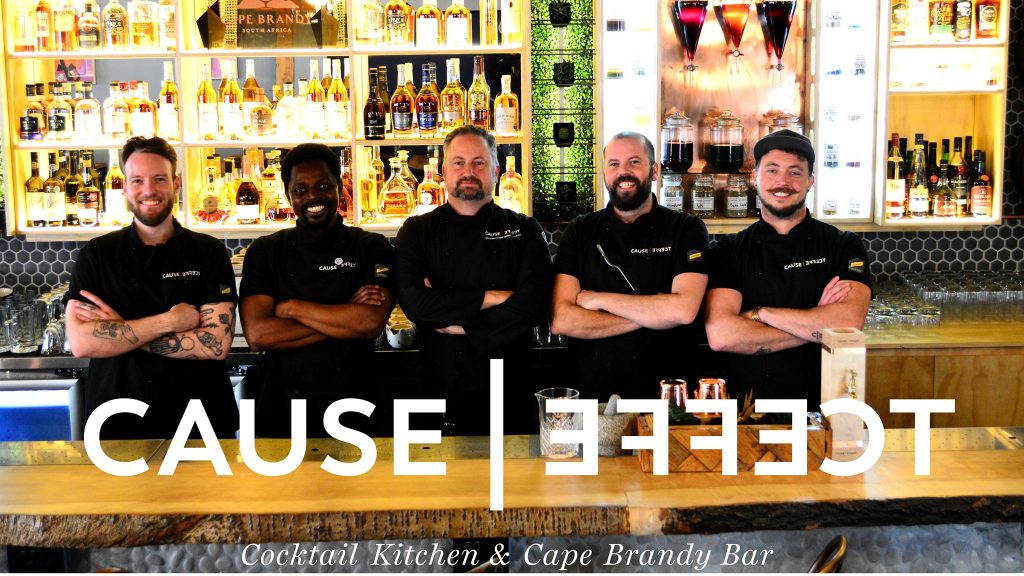 Eight of Cape Town’s top mixologists were invited to create bespoke cocktails, each using a different brand of Cape Brandy. A R10 000 prize was up for grabs, sponsored by the Cape Brandy Distillers Guild. Derrick Harman’s creation was given the nod by the judges for his “Kalahari Pirate” which was created with Die Mas Kalahari Truffle Cape Brandy.

Cause & Effect Cocktail Kitchen & Cape Brandy Bar lists all Guild members’ products, both on and off-trade and has been crowned South Africa’s top cocktail bar for 2019.